Sanna Charles’ thoughts and photos about the dancing traditions in Finland

When I was a teenager, back in the 1990s, my grandparents took me and my mother to the local summer dance pavilion; Metsälinna (or Forest Castle), close to their summer cottage in Ristiina. I watched my grandparents dance closely together with smiles on their faces and I danced awkwardly with my grandfather as he tried to teach me how to waltz. I don’t remember the music but I remember being the youngest person there, and I wondered how on earth any young person would want to take part in this seemingly archaic tradition of couple dancing when there were so many types of music that you could just dance alone to, no partner needed. 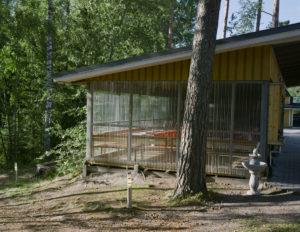 Fast-forward to 2016 and a family friend has been working the summer months at Krouvin Lava in Hartola, she is on my case to start a photography project documenting the summer dances and tells me they are dying out and are in need of some positive representations to entice a wider audience, and aside from that, it’s a really good time and I might meet some interesting people. So later that year I applied for the Artist’s Newsletter’s Travel Bursary to help fund my flights and the rental of a car for one month. I got the grant and the trip was booked for August 2017. 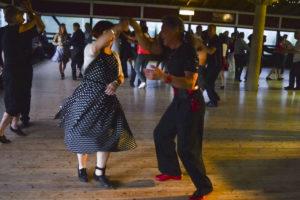 My previous photography projects have tended to navigate around the subject of music but within the heavy metal genre, so this was going to be a slightly different scene for me, but I was excited to be taking pictures in an environment that wasn’t dominated by teenage boys, plus I needed a new challenge and one that celebrated a social activity geared towards a slightly older generation. I was treating this as a research trip; my plan was to gather information and pictures including dancers experiences, combined with my own photographic documentation. I was going to be staying in Ristiina which gave me the opportunity to travel to five different pavilions and not have to spend money renting accommodation, plus I would be close to my grandfather who, now in his 90s, has been in and out of hospital and would appreciate daily visits and delivery of his Länsi Savo and Kiuruvesi newspapers. 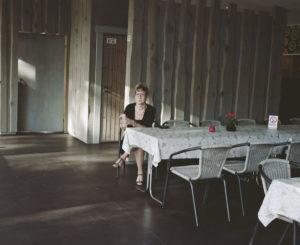 Prior to my travels I began looking for research articles about Finland’s summer dance pavilions and came across one published in the Journal of Cultural Geography by Pentti Yli-Jokipii. The article goes into detail about the contribution dances have made to the formation and development of Finnish communities, suggesting that;

“… dance pavilions that are a feature of the light evenings of the short northern summer have played an important part in the leisure-time activities of the Finnish population throughout the present century, and thereby in the whole process of pair formation and family life…Finnish young people have met those of the opposite sex and eventually found a marriage partner, which has consequently influenced even the genetic structure of the population”. (p.110).

I found this very interesting when considering how isolated Finnish countryside communities must have been before access to cars became the norm. Dances were a way for people from neighbouring towns to meet, fall in love, raise families and ultimately help the population to expand. As a teenager in London we would go to nightclubs and meet potential partners so it’s not exactly uncommon or exclusive to Finland but there is something quite unique in the way the dance is structured. In nightclubs we would dance in groups or just solo if you felt like it, at the Finnish Lavalla there are certain rules which men and women must follow. The website Tanssi.net goes into great detail about dance lavalla etiquette, importantly the way in which women sit and wait to be asked to dance by a man, also what to expect and how to act if you attend a dance as a single woman. One point regarding the bench seating arrangements inside the pavilion references a rarely discussed Finnish class divide;

“Traditionally, the end of the women’s row which is farther from the door is considered most special or worthy. In olden times the farthest end of the row was the so called cream bench, on which the most wealthy and the most educated women took their place. This tradition has been preserved in many dancing places, but nowadays there are no external requirements for taking your place on this special bench or “diva corner” as it is sometimes called. Usually the woman’s own idea about her dancing skills is the reason why she chooses or does not choose this place”. (Vainikainen.E.) 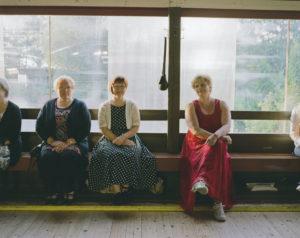 In the dances I attended there were couples who most definitely took their dancing very seriously attending up to three or four dances a week over the summer months. For some couples dancing is more about keeping fit than socialising, for others it is about the music and the excitement of seeing the winners of the annual Tangomarkkinat perform. Some people came to the dance as couples and only danced with each other, some came with friends of the same sex, a few came alone. As I was travelling to dances mostly on my own I was not sure how I would be taken; a female photographer hiding behind her camera or speaking to people at random in broken Finnish, but I felt very comfortable and welcomed even if I did not feel confident to take part in the dance. I wondered if there is something in the Finnish character that views the solo traveller as nothing too uncommon, even the etiquette of the dance can allow for a certain amount of anonymity; “Introducing yourself is not necessary; in fact it is not even usual. It is possible for a man and a woman to dance together once or twice every Saturday for many years without knowing each others’ names”. (Vainikainen.E.).

Though I did come across many familiar faces as I travelled around different dances I was surprised to find out how popular a social activity they are among people of all ages. One younger dancer who I photographed told me how much she enjoyed being led by a man and often she would enjoy dancing with the same men at different dances; “many of us women look out for the good dancers and wait to grab them when it’s time for the women’s dance [the part of the evening when women choose a dance partner]. Sometimes this can be a bit of a struggle especially if there are more women than men at a dance but I don’t mind how old my partner is so long as he is a good dancer”. (Field notes 2017-08-18). I began to understand that for the younger generations who were attending dances this was more about meeting a dance partner than a romantic one, somewhat different to the early days.

According to Yli-Jokipii the fluctuations in the popularity of rural dance pavilions were due to migration from the countryside to towns; “By the early 1970s the golden years of the Finnish countryside had come to an end. Overproduction in agriculture had done much to stimulate the migration of the population…Finnish society was in a state of transformation”. (Yli-Jokipii, P., p.117). Areas of southern Finland experienced the closing down of schools and transport services and “dance pavilions had begun to decline in numbers by the middle of the decade”. (Yli-Jokipii, P., p.118). More reduction in numbers in the 1980s were brought on by changes in the way entertainment was supported, for example the introduction of a high entertainment tax and an increased popularity in pop and rock music festivals. The decline stopped sometime in the 1990s and we are currently seeing a resurgence in dance pavilion popularity, though the live music at some events is now less formally structured; “Dance tunes always come in pairs, e.g. two tangos, two waltzes etc. At least they should come. Some unprofessional performers can pair for instance a waltz with a jive or a humppa with a tango, but this is not usual”. (Vainikainen.E.), the traditional genre of the music has also loosened somewhat as Finnish popular song or iskelmä extends to other types of popular music (see Karja, AV (2016) and Ramstedt, K. (2016)). 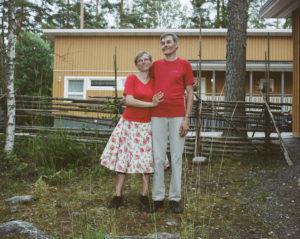 My journey around the few dances I visited in Savonia has added to my adoration of the Finnish countryside and of Finnish people and the culture of creating beautiful design and architecture surrounded by nature. Of course times are different, the world is changing, dances are changing but every dancer comes to the pavilion for their own reasons be that a nostalgic journey or to have the opportunity to dance for hours. Next time I hope to visit the dance pavilions in the west of Finland and this time I too will be dancing.