Kina is invited to work within Beaconsfield’s tradition of public residency, starting in January 2018. The award, consisting of the residency and mentoring, will culminate in an exhibition in March.

Jonna Kina (born 1984, Finland) is an artist working with a variety of media, including film and photography, installation, sound and text. Her works are conceptual and structural in method.

During the residency Kina is going to work on new film and sculpture material, exploring landscape, temporal dimensions and social relationships as a story of harmony and dissonance. The winning proposals’ working titles are Energy and Matter and Readings.

The winner was chosen from amongst 95 applicants by a jury consisting of art critic Mika Hannula, curator Hannele Tilles, the director of the Finnish Institute in London Pauliina Ståhlberg and Beaconfield’s artistic directors and curators David Crawforth and Naomi Siderfin. The jury focused on artists who have not been awarded major prizes before, and who would significantly benefit from a commission in the UK. The other four shortlisted candidates were Sini Pelkki, Eeva-Liisa Puhakka, Anssi Pulkkinen and Minna Pöllänen.

The aim of the Below Zero prize, which is awarded for the first time, is to create opportunities for art collaboration between Finland and the UK. The prize is made possible by the Finnish Institute in London, Beaconsfield Gallery Vauxhall and an anonymous benefactor.

“This is a unique opportunity for a Finnish artist to internationalise their work and to get career support from an established British art organisation”, says Pauliina Ståhlberg, the Director of the Finnish Institute in London. 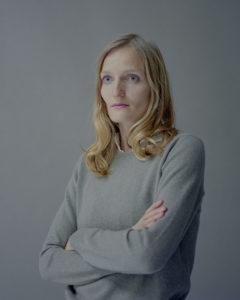